New York can say they have the big game all they like but this year’s Superbowl will be kicking off in East Rutherford‚ New Jersey. Confusing? I say!

But wait‚ how is it then that this internationally televised biggest football game of the year will be live from the garden state? Well‚ the stadium is here; 2 out of the 3 New York teams play in New Jersey.

So who do Jersey fans root for since there is no “home team”? Well‚ my husband is a Miami Dolphins fan. My Brother in Law cheers for the St Louis Rams. Depending on north or south Jersey‚ most people root for the Eagles‚ Giants or Jets. None of these teams will be playing in New Jersey this February.

What will we say while watching the big game? Yay Football! I just love the commercials.

Prepare to cheer by knitting one of my fan favorite football themed patterns. You can find them all (including links to the FREE ones) on ravelry or etsy.

I am so excited to share this with you! The Super Fan Hooded Scarf‚ which I designed‚ is now available for FREE from Cascade Yarns.

This unisex design‚ shown in the colors of the NY Giants‚ is great to wear on a cold day in the stands watching your favorite team play. It is

made in Cascade Yarn’s 220 superwash aran which can be washed when you get food on it while tailgating.

For this pattern you will need these techniques:
Casting on
Garter stitch
Picking up stitches
Decrease
Casting off

And these supplies:
Us size 8 needles
Cascade 220 Aran superwash in 2 colors
4 balls of main color
2 of secondary
Scissors
Darning needle

Share this pattern with other super fans and be sure to check out my other patterns here and in my shop. 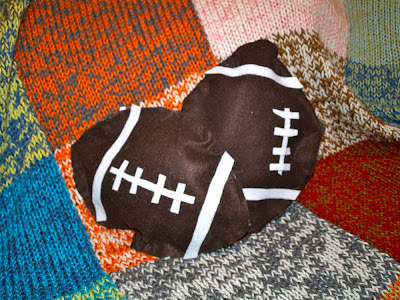 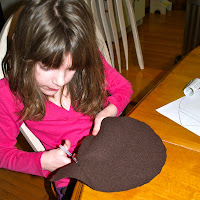 a great decoration for your Superbowl party‚ man cave‚ or boy’s bedroom. This Football shaped pillow is a nice easy project to do with  your sports and craft loving kids alike. 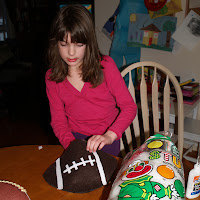 As an adult alternative‚ you can use a hot glue gun‚ fabric glue or pin the pieces on and sew.

Afghan shown: knit remnant blanket by Tracey Knits. You can find the pattern for free here.

Nothing makes it more evident that father’s day is fast approaching then what happened on my Etsy page just yesterday. I knit a very cute Miami Dolphins golf club cover and put it up for sale. I tagged it as a present for a man. BAM! I got 35 views in the first day. I think this might have sparked some interest in my stuff‚ no?

The hubby is still lying in bed watching lots of movies. My job is to get him things from downstairs and help him get dressed. I am not loving this job.